The churches of Soufli


Church of Virgin Mary’s Birth and Assumption of Lefkimi

The monastery of Dadia is surrounded by low hills with streams. The area around the monastery is named “Palaiochora”. The monastery hosts a marble plate, with the relief of Thracian Horseman, which was built-in inside its hostel until November 1912, when the monastery was destroyed due to acts of war. This relief is found today in the museum of Sofia, in Bulgaria. The monastery was rebuilt later with joint efforts of the residents of Dadia. Despite the destruction of the building, many icons of the past century have been saved and the residents drew them out from the rubble in relatively good condition. One of them is the icon of St. George, which bears an inscription in Greek and Turkish that reads: “With the expenditure and funds provided by Halil Aga from Karadja Halilkyoiin the year of 1858”. The aforementioned Aga was a Turkish thief who paid for the icon with the loot of his robberies. On the pathway outside the monastery there was a fountain built in 1727 “with the funds of the guild of the landowners”, i.e. the farmers in the region.

The Church of Saint Nikolaos of Dadia was built in 1780. Much later the residents demolished it, and replaced it with a new one in 1970. 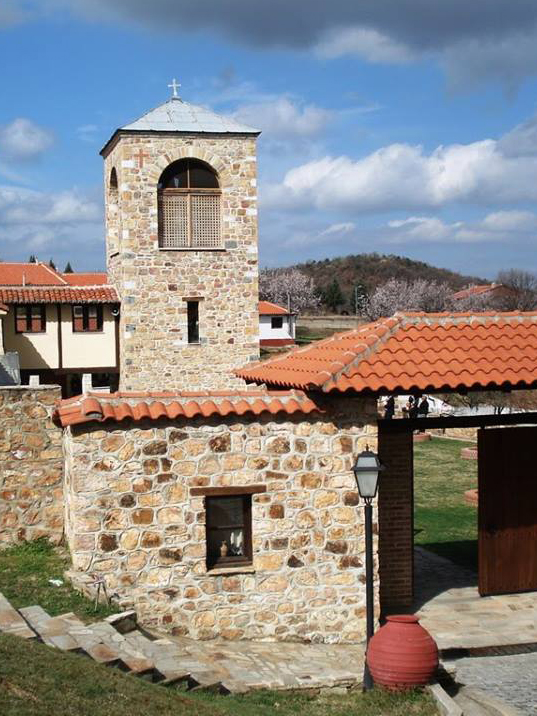 The Monastery of Kornofolia is built at a distance of one kilometer from the village, on the top of the hill “Kouri”, and is dedicated to the Assumption of Virgin Mary with a big festival that takes place on the 23rd of August, 9 days after the Assumption. The exact date of the construction of the monastery is unknown.

The churches of Soufli 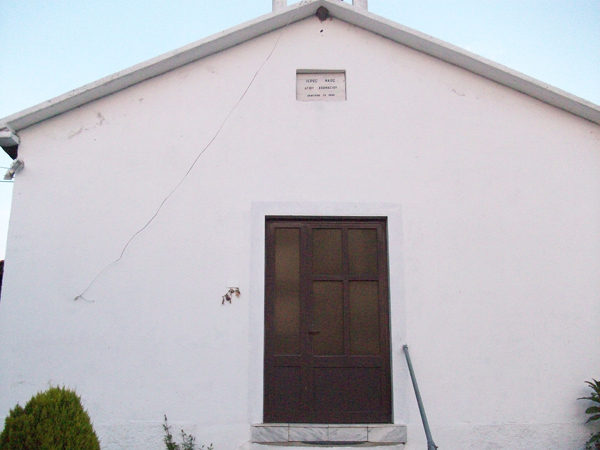 Church of Saint Athanasios: this church is located a little further from the Silk Museum, next to Nikis square. It was built with stone in 1840, containing a rich library and a wooden carved icon screen. The figure of the monk Spyridon Stogiannos from Athos, who gave his mite to the poor of his parish, is embossed in the belfry, .

Church of Saint George : It is located at a distance of 100 metres from the Silk Museum. It is worth walking towards its very high octagonal belfry, which can be seen from every corner of the town, so as to admire the beauty of the church. It was built in 1818-1854 and displays special decoration and fittings. The church is basilica, with double stone floors in the place set apart for women. The masterly built icon screen was made in 1861 and it is the work of the wood carver “Taliadouros” Stamatis Madytinos, who has also built the temples of the churches of Didymoticho, the Catholicon of the Monastery of Kornofolia and of Taksiarches of Adrianoupolis.

In Dadia, the Kurban takes place annually on 17/1 (St. Athanasios) and 8/5 (St. Ioannis). In the Kurban of St. Athanasios, all the households of the village send a rooster the morning of the day before, to be slaughtered in front of the church of St. Athanasios, while in the afternoon the slaughter of the lambs intended for votive offerings to the saint from the past year takes place. After gathering all the offerings, the animals are led in front of ditches, located next to the main entrance of the church and are slaughtered with special care so that the blood is poured into the ditch. All night the Kurban cooking is performed exclusively by men of all ages. 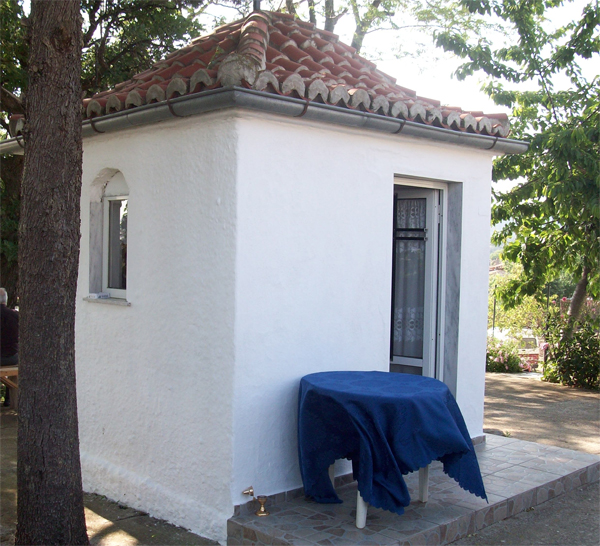 The Kurban of St. Ioannis is prepared in a single day with the participation of women.
On the days of the two celebrations, all villagers go to the church to attend the Mass and get the Kurban blessed by the priest. The food is placed in six large pans, as many as the number of neighborhoods of the village, and the deliverymen invite people to get food. The committee members remain in the church, where along with the priest, they take their lunch together as it used to happen during “trapezes agapis” in the New Testament. The custom dates back to the Turkish occupation and it is performed every year uninterruptedly.

Church of Virgin Mary’s Birth and Assumption of Lefkimi

There are two post byzantine churches in Lefkimi. The newest, prestigious Church of Virgin Mary’s birth started being built in 1900, whereas the first foundations were laid in the 13th century. It was inaugurated on 8 September 1902. The church imposes its status with its humble architecture. The external decoration is particularly frugal. In its interior, the wooden icon screen is of particular interest, with the symmetrical composition of two sculptured dragons, from the mouths of which the Evangelists spring amid flames. The icon screen combines local “ancient” elements with the modern influences, as testified on the post-byzantine painting of the Balkan countries. The icons of 1834 and 1850 are of great interest. The icons of St George bear inscriptions both in Greek and Cyrillic. The style of the icons of the Child-holding Virgin, that of Jesus Christ and St. John Prodromos is reminiscent of Russian icons. The humble and low-level church of Virgin Mary’s Assumption, that dates back to the beginning of the 18th century, offers important information about the ecclesiastical architecture of that era and is adorned with marvellous portable icons of the 18th and 19th century, among which the old Russian despotic icons, that are currently found in the narthex of the church, are the most remarkable.